Computed tomography uses computer programming to combine consecutive x-ray images to produce a three dimensional picture of internal structures in the human body. The first commercially available CT scanner was made by Sir Godfrey Hounsfield in the United Kingdom. It was purchased by the Atkinson Morley Hospital in 1971, where the first patient brain scan was conducted. This allowed for the precise surgical removal of the patients frontal lobe tumor. This machine took 160 parallel images at 180  different angles at 1⁰ apart. It took 2.5 hours for a large computer to provide the algebraic reconstruction of the images. The United States acquired its first CT machine at the Mayo Clinic in June 1973. With the undeniable importance and remarkable changes this machinery brought to medicine, they exploded in popularity. By 1976, seventeen different companies offered CT scanners. They had improved the technology as well allowing for a 320X320 image to be produced in a scan taking 20 seconds. There were 200 CT machines in operation in the United States by 1978. The 1980’s saw shorter scan times at about 3 seconds, and produced larger images at 1024×1024.The 1990’s brought spiral or continuous scanning methods and multi-slice scanners. In the modern era we have continued to improve on image times and resolution. We now regularly utilize dual-source, dual-energy x-ray sources, and iterative reconstructive programs. 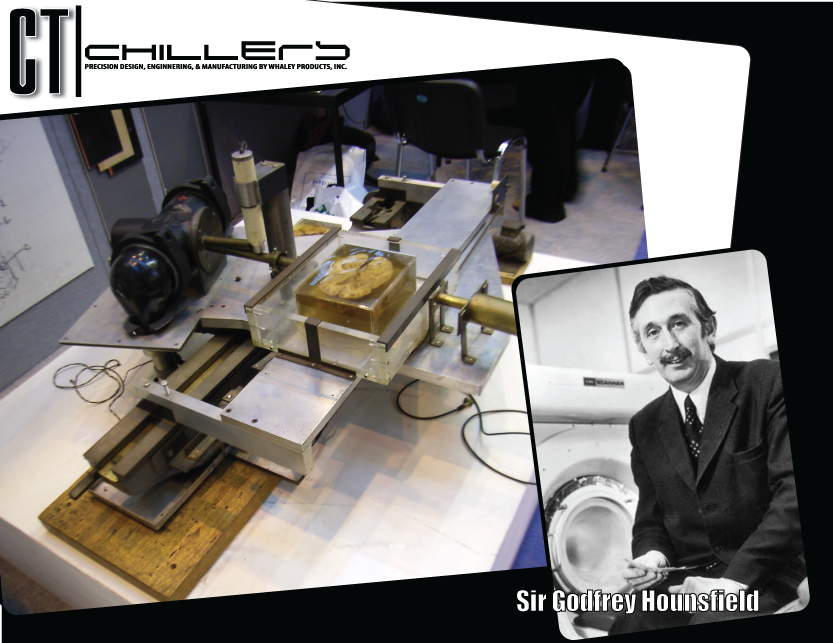